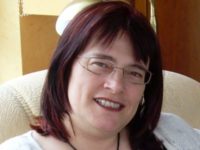 Evelyne has been the Accountant for WFSF since 2009. She has overall responsibility for handling and recording the income and expenditure of the Federation. Evelyne is a professional Accountant who has run her own business since 2001 after working in several large companies in Strasbourg, Antibes, Biarritz and Kingersheim. Evelyne lives in the Alsace region of France with her family.