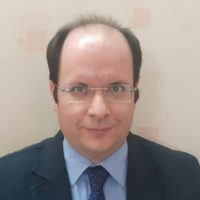 Appointed to a vacancy on the Executive Board in March 2012, and elected to the Board in 2013 for a four-year term. Since 2017 he is the Director of the WFSF.  His book title Alternative Planetary Futures was featured in the UNESCO Futures Literacy Summit 2020 (click here).

Victor is Managing Editor of the European Journal of Futures Research and the recipient of the World Futures Studies Federation President’s Outstanding Young Futurist Award in 2013.

In July 2016 and May 2017 he joined a select International panel of futurists from developed and developing countries at the Royal Institute for Strategic Studies (IRES) in Morocco to explore key transitions at global and regional levels for 2030 and 2050 horizons. And in May 2016 he gave a seminar at the University of Trento in Italy on futures studies in the Middle East and North Africa, based on a recent paper he wrote for the Word Future Review.

He was an invited scholar to speak at International Conferences: a) 2011, April: Italy, Reconciling Babel: Education for Cosmopolitanism, b) 2010, November: Taiwan, Global Transitions and Asia 2060: Climate, Political-Economy, and Identity.