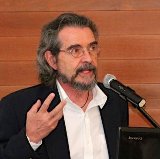 News from IberoAmerican Region for 2014

1. The WFSF Iberam Chapter held a series of Videoconferences 2014 (February to October) with several members of WFSF speaking. It was trasmitted to the Latin American region.

2. Academic visit from Colombia to Mexico, 25 students from Strategic Prospective from Externado University in Bogotá, Colombia. They studied the case of Mexico. They spent a week with Mexico’s leading futurists including authors and actors of prospective in Mexico.
They received a WFSF Certificate of participation.