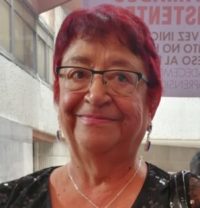 Elected to the Executive Board in 2009, appointed in 2013 as Vice – President Latin American Region, and re-elected in 2017 for a second four-year term. Guillermina is a WFSF Regional Vice-President. She is a Professor at the National Autonomous University in Mexico.

PhD Latin American studies, Sciences in Information Degree, Public Administration Master’s Degree and PHD in Latin-American Studies at National Autonomous University of Mexico (UNAM). Guillermina is a member of National System of Researchers (SNI) and of Latin-American Association of Communication Researchers (ALAIC). Also she is a member of World Future Society. Finally, Guillermina founded the Ibero-American Chapter of the WFSF.

She organizes and participates the foresight oriented regional conferences in Latin and South America. Also she was designing and teaching different courses. Part of her international recognition took place in Spain and Bolivia, Guatemala and Colombia, Perú and Venezuela, Ecuador and Brazil, Argentina, Costa Rica and United States. She has been coordinating a Seminary of Prospective Studies in UNAM since January 2003. She is the editor of e-magazine Prospective Constructing Futures (twelve numbers). Recently, she edited Working Papers Series in Political Prospective with fourteen numbers, Papers series with six numbers and Cuadernos (Papers) of prospective thinking, four numbers http://ciid.politicas.unam.mx/semprospectiva