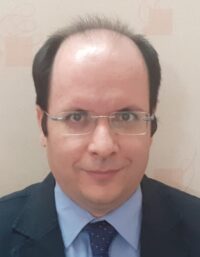 Press Release
WFSF Director is recognized for his exceptional ability in strategic foresight by the US government
Washington, D.C. 21 July 2021—The US government grants permanent residency in the category of E21 National Interest Waiver (NIW) to Mr. Victor V. Motti, the Director of the World Futures Studies Federation (WFSF) and author of the recent book on Alternative Planetary Futures, for his exceptional ability in the art and science of futures studies.

According to the United States Citizenship and Immigration Services website, National Interest Waiver green cards are usually granted to those who 1) have exceptional ability which means a degree of expertise significantly above that ordinarily encountered in the sciences, arts, or business, 2) their proposed endeavor has both substantial merit and national importance, 3) they are are well positioned to advance the proposed endeavor, and 4) whose employment in the United States would greatly benefit the nation.

He currently resides in Washington DC, 20005.
His 2019 book published in the UK, now available also in Kindle edition on Amazon, is titled Alternative Planetary Futures. He is the Director of the World Futures Studies Federation (WFSF) since 2017, was the recipient of the WFSF President’s Outstanding Young Futurist Award in 2013, and is the Managing Editor of the European Journal of Futures Research (EJFR) published by Springer.
He was born and raised in the Middle East and has been a guest speaker at international conferences in Americas, Europe, Africa and Asia, speaking on key driving forces of change and major transformations at planetary and regional levels for the 2030, 2050 and 2060 horizons.
Recent Publications

In July 2016 and May 2017 he joined a select International panel of futurists from developed and developing countries at the Royal Institute for Strategic Studies (IRES) in Morocco to explore key transitions at global and regional levels for 2030 and 2050 horizons. And in May 2016 he gave a seminar at the University of Trento in Italy on futures studies in the Middle East and North Africa, based on a recent paper he wrote for the Word Future Review.

He was an invited scholar to speak at International Conferences: a) 2011, April: Italy, Reconciling Babel: Education for Cosmopolitanism, b) 2010, November: Taiwan, Global Transitions and Asia 2060: Climate, Political-Economy, and Identity.