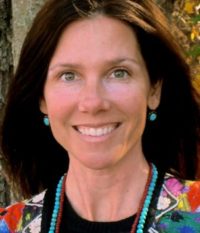 Joined the Executive Board in 2014 and re-elected in 2017, Dana is the President’s Envoy to the UN in New York and Co-Chair Youth Council. Her interest is conscious evolution, and how we might better use media and digital technology to promote it. She promotes positive futures media.

Dana is a founder of Evolutionary Guidance Media R&D, Inc., and Executive Director of the MindLAB at c3: Center for Conscious Creativity, Dr. Klisanin is an award-winning psychologist and social entrepreneur. Currently she is developing the Cyberhero League http://cyberheroleague.com/ that is an award-winning interactive game. Players of this game aim at tackling 15 global challenges identified by The Millennium Project. The main idea of the Cyberhero League is to act on behalf of the future by changing the present. Players will gain skills and take actions through apprenticing with a “hero-link” of partnering nonprofit and nongovernmental organizations. It enables to rewrite the course of the history!

Also Dana received an Early Career Award for Scientific Achievement in Media Psychology from the Division of Media Psychology of American Psychological Association in 2012. Dana acts often as the publication peer reviewer on such topics as theoretical frameworks for conscious media creation, the fusion of Internet communication technology and character strengths and virtues like compassion, altruism and heroism. Dana specialises not only in consciousness studies, transpersonal studies and media psychology but also in systems, complexity thinking and evolutionary guidance media. She is a writer as well. Dana is a member of such organizations as American Psychological Association Association of Humanistic Psychology, Association of Transpersonal Psychology, International Society for the Systems Sciences and UK Systems Society.